Hailing from the Chicagoland area and originally from the bluegrass state of Kentucky, Deeken comes from a basketball family. Her father played at the University of Kentucky under legendary coach Adoph Rupp and her uncle played at the University of Louisville.  Dee Dee played her high school basketball in Palatine, IL, where she was All-State, as well a high school Converse All-American. Dee Dee went on to attend the University of Illinois, where she was named Captain, Most Valuable Player, and 2nd Team All Big-Ten her senior year, while also setting a school record for most steals in a single season.

Dee Dee spent four years as the assistant varsity girls basketball coach at Wayzata High School and one year as the varsity coach at Minnetonka High School before accepting a teaching position at Eden Prairie High School, where she spent twelve years as the girls varsity basketball coach.  Deeken led the Eagles to the Section 4AAAA championship four times and was twice named Section 4AAAA Coach of the Year.  Along the way, Deeken played professional basketball for the Minnesota Stars, which was a part of the Women’s Basketball Association, and was named an All-Star for the American Conference.  In 2009, Deeken was inducted to the Player Hall of Fame by the Illinois Coaches Association.

Dee Dee is in her 24th year as a Social Studies teacher at Eden Prairie High School and this is her 31st year as Director of Arrowood. 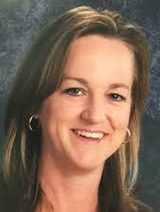 Roxy Myhre attended Waconia High School where she was a state qualifier in track and was named one of the “Top 40 players in 40 Years” of girls basketball at Waconia.  She played her college basketball at Gustavus Adolphus College and graduated with a double major in Health & Physical Education and a minor in coaching.  As a girls basketball varsity assistant, Roxy helped lead the Eden Prairie Eagles to four section championship appearances as an assistant coach under head coach, Dee Dee Deeken.

Roxy has taught Health and Physical Education at Eden Prairie High School for 24 years. She also implemented and leads the Connect 9 Program at the high school, which is a mentorship program that connects juniors and seniors with incoming freshman to make the transition to high school a positive experience.  Roxy’s positive attitude, enthusiasm for teaching, and passion for interpersonal and team dynamics make her an outstanding role model for young girls.  Myhre is currently serving on the Waconia Basketball Association as the Vice President of Player Experience.

This will be Roxy’s 9th year as the Girls Camp Director. Roxy lives in Waconia with her husband Derek, her three kids Jenna, Brianna, and Ben. 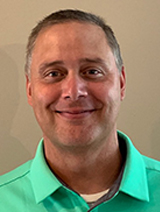 Matt Eppen was born in Lake City, MN and attended high school there.  He competed in football, baseball, and basketball.  Matt attended Gustavus Adolphus College where he studied Social Studies Education and competed in baseball.  Matt took his first teaching job at New Richland-Hartland-Ellendale-Geneva and spent two years as the boys varsity assistant under Hall of Fame Coach Ted Pelzl. He then went on to spend nine years as the NRHEG varsity boys coach, where his teams consistently competed for conference and section titles.

Matt served two years as an assistant under Coach Dan Kosmoski at St. Olaf, helping to recruit several players on the great Ole teams that won two conference titles and advanced to the NCAA tournament.  Eppen led the Burnsville boys varsity basketball program to competitive seasons from 2010-2018.  Recently, Matt took a job as an assistant coach to work with Dave Flom at Eden Prairie and helped guide the Eagles to the State Consolation Championship.  In 2019, Matt will be returning to St. Olaf as an assistant under Coach Dan Kosmoski.  Arrowood is excited to welcome Matt’s enthusiasm, basketball knowledge, and passion for the game.

Matt teaches at Burnsville High school and lives in Rosemount with his wife Amy, and daughters Avery, and Natalee.  This will be Matt’s first year as the Boys Camp Director.

Dave Flom grew up in Cannon Falls, MN, where he was a three sport athlete in high school. Flom played baseball and basketball at Gustavus Adolphus College.  As an assistant men’s basketball coach at Gustavus, Dave helped his Gustie teams lead the nation in defense.  Flom spent three years as the boys varsity basketball coach at Watertown Mayer and is currently in his 14th year as the varsity basketball coach at Eden Prairie High School.  Flom has amassed an overall coaching record of 331-138.  Under his leadership, the Eden Prairie Eagles have amassed a 331-138 record and reached the state tournament eight times. Flom has been voted Section Coach of the Year 9 times and State Coach of the Year twice.

Over twenty-five of Dave’s athletes have gone on to play basketball at the college level and three have played professionally overseas.  Dave lends his experience and expertise to over 450 kids every summer in his Eden Prairie summer camps and is committed to helping each camper reach their potential, which is why we are thrilled to have Dave as part of our Arrowood family!

Flom teaches 5th grade at Prairie View Elementary and lives in Eden Prairie with his wife Nancy and two children Sophie and Joey.  This will be Dave’s first year as a Special Consultant.